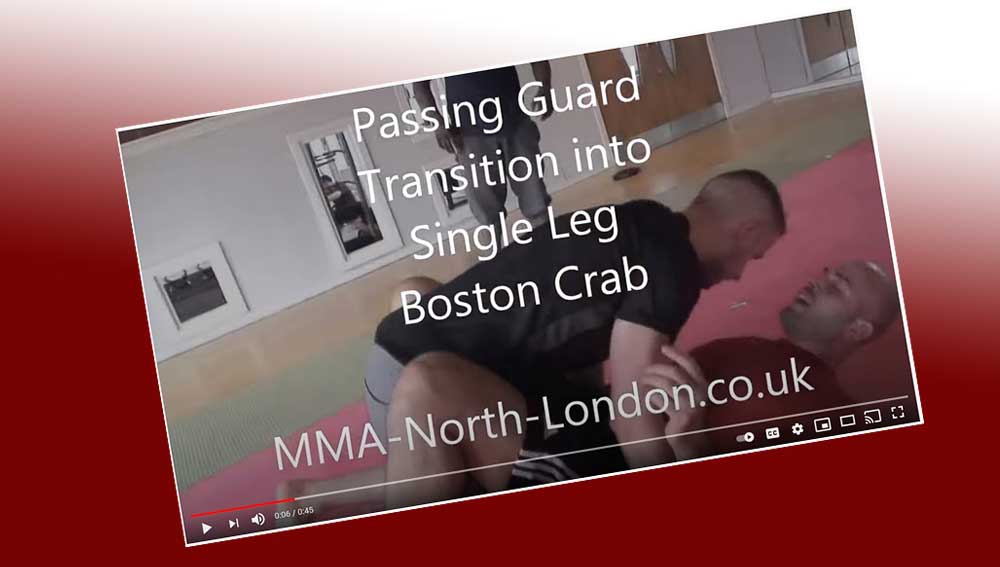 The Boston Crab is a professional wrestling hold that typically begins with one wrestler lying down in a prone position on the mat, with the other wrestler standing and facing them.

This is a type of spinal lock where the wrestler hooks each of the opponent’s legs into one of their arms and then flips the opponent face-down, stepping over them in the process.

The final position places the wrestler in a semi-seated position and facing the opponent, with the opponent’s back and legs bent towards his head. The technique’s original name was the Backbreaker before this term became known for its current use.

In modern wrestling, the Boston Crab is not treated as a deadly submission maneuver, even though it was viewed as a late-game catch in the past.

In submission grappling, the Boston crab (usually half the Boston crab) can be used to set up a straight ankle lock. On September 30, 2017, Jonno Mears became the first Mixed Martial Arts fighter to ever win a fight with the Boston Crab